Expert in the Field - Q&A with Peterson Quality Malt How did you get into the malting business?

I'd always planned to open a brewery, but I wanted to do it with local ingredients and once I realized that locally sourced ingredients were not being made, I started looking at how to change that. Finding some locally grown barley and playing around with malting got me hooked - I soon realized it was a full-time proposition and since there were so many excellent breweries already in the state, I decided it would be better to make a better malt than was available from out west for them to brew with.

Tell us a little bit about your process…

Malting pre-dates recorded history and remains mostly unchanged for over 11,000 years - you can malt any kind of cereal grain with three main steps that take about 8 days from start to finish:  Soaking, Germinating, and Kilning.  Our prehistoric ancestors didn't have the technology we have today, but mostly things stay the same. The whole idea is that a seed stores starches and when soaked the seed starts to sprout and grow, converting those starches to sugars. Once those sugars have fully converted, I move the sprouted grain to the kiln and remove the moisture - this halts the sprouting process, locking in the sugars and preventing any further modification in the grain. Why? Next, the brewer or distiller will soak the malt and extract the sugars (as well as the color and flavor) and they then introduce yeast which feasts on the sugar, giving us the byproducts of CO2 and alcohol.

How do you collaborate with brewers to develop your products?

Trial and error.  I test every batch for several different markers (color, extract, moisture, friability) so we can predict what the malt will do, but brewing is the real test. Big malt companies work very hard to keep things the same, so they are counteracting nature - lots of variables make malts taste very different - the soil, the weather, the variety, all come into play. That's been very evident with Vermont malted grains - there is a freshness and flavor not found with the blended and stale grains that have been selected for big beer's adjunct brewing process (the rice and corn used by Bud, et al) - which is all that has been available to our great Vermont brewers until now. The best part is that even the trials that aren't ready for prime time are still very tasty!

What is the most interesting beer you've tried made from your products?

I've got several that I think have set the bar pretty high. Foley Brothers Brewing has two that I love, "Parley" - a red IPA, and "Prospect" a double IPA that won a silver medal at a national brewing competition last year.  Having my Crystal Malt included in the Lawson/Otter Creek "Double Dose" was an honor. Hill Farmstead's "Leaves of Grass" was really outstanding. Hermit Thrush just released a couple of barrel aged sours that are really tasty.  Hogback Brewing has been using a lot of my malt since they've opened up, doing some Addison County brews - super local! My favorite though would have to be the stuff in the early stages with Ian at Bar Antidote - taking his remarkable chef's palate and watching him design a beer with my malt has been really cool, and the results have been stellar.

What do you think the future looks like for locally sourced beer in Vermont?

The future is bright. Just being local isn't enough, my malts need to taste better - the flavors and freshness have to continue to be apparent, and the price points low enough to not affect the costs of a finished pint of beer.  We need more farmers growing grains here in Vermont and we need more malt houses. Agriculture in Vermont is at a difficult crossroads and I really enjoy being able to do my small part in helping farmers produce local grains and make a livable wage. Brewers are excited to be able to produce a beer with malt that didn't come from a massive operation on the west coast. I think we'll see more beers made with 100% Vermont malt and I think we'll see a change in the attitude towards where the ingredients are sourced.  I'm a small fish, but there's no reason that any beer made and sold in Vermont shouldn't have a grain bill that includes at least 5% local malt. I hope that in a few years we find more acres of grain in the state and we find a few more people opening malt houses.

I think education is key right now. We aren't used to asking where the ingredients in our beers come from and we haven't yet as a state learned what our grains taste like. I encourage everyone to take some time to seek out beers made with local malts.  Beer in the past few years has been hop crazy, which makes for some great beverages, but the backbone of every beer is the malt! 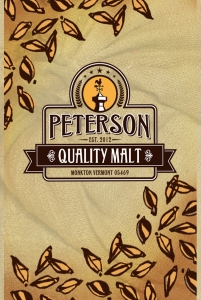 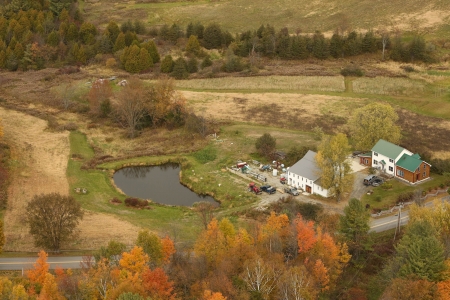